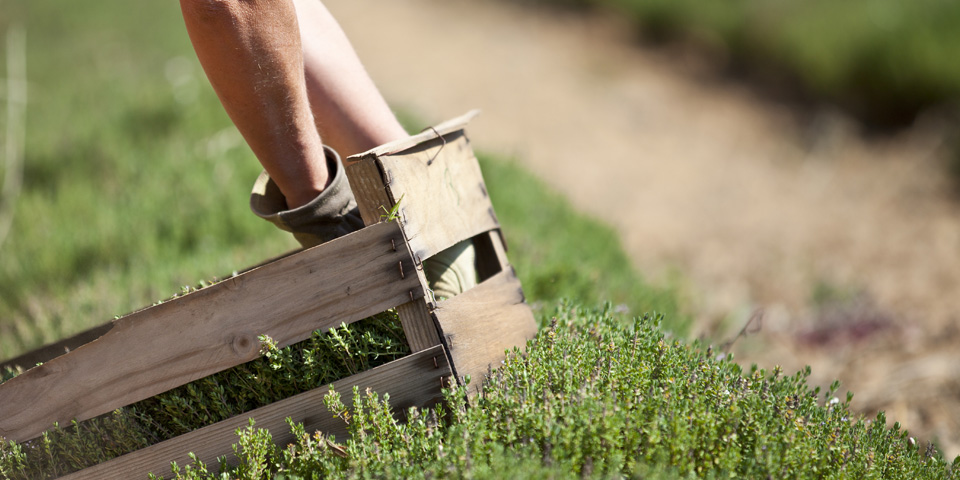 Every summer, the Provence countryside of my grandmother would flourish in the most marvellous ways, amongst them with the aromatic plants.
The plants were capable of awakening all our senses: the fresh mint hiding the ladybirds under its leaves, the basil which we would pick at the bottom of the kitchen garden and the tarragon which duelled with mélisse to have the nicest place under the sun. The sage as for her, with its «elephant skin» leaves, remained irremovable above its wall of dry stones to who its roots found a little bit of freshness during the hot season. I wanted to share all the perfumes – and associated memories – with you. It is through these syrups, accomplished according to the recipes of my grandmother, that you will find the scents of sunny Provence, which fill our senses when we walk across the fields of garrigue during the summer months. These plants are the fruit of a strict selection allowing the quality of the syrups to fully represent the scent and taste that I recognize from my childhood, when I could enjoy a refreshing drink on the terrace of the countryside, in the shade of the hundred-year-old plane trees.  Bonne degustation!

The aromatic plants : history and virtue

Beyond the countryside of my grandmother, the aromatic plants have been used forever!  In the ancient civilisations man used plants for food, for perfume and beauty, and for the wellbeing of body and mind.  Confronted with illness he used it to relieve his pain.
The use of the curative and aromatic plants if found in all parts of world: Egypt, India, China, Greece, America (Aztecs and Mayas) and Africa. The Egyptians could treat many diseases, and the Assyrians and Babylonians used spices in food, medicine as well as in perfume.
2000 years before J C the Arabs were the forerunners in the trade of spices, which they transported by sea from India and China, and for a long time they played an influential role in the Mediterranean trade. Up to the 15th century they shared this fruitful trade with the Venetians.

In a few words you will find below the history of each of the plants which composes my syrups: